Skip to content
HomeKeratoconus my story by Scott Honeyman, Canada

My experience with keratoconus started on a sour note. I was playing my trumpet during music class, and saw the note in a different place than everyone else. Our notoriously temperamental music teacher let me know about it by flinging his baton at me, narrowly missing, and telling me to get my eyes checked.  I was 15, in a small town in British Columbia, Canada, and fortunate in a way that KC tends to run in families, because the only optometrist in town had seen it in my uncle and was quickly able to diagnose me. At first I wore glasses – black horn rims that proved me to be an early proponent of the nerd look – but quickly moved on to contact lenses.

In those days in the early 1960s, fitting was much less technical and, as a result, not always very precise. I compounded the imprecision by trying to prove I could be as hard-living and hard-drinking as any other young newspaper reporter, so went through a progression of eye problems until I finally needed a corneal graft in 1968.

My ophthalmologist was a guy just starting out in the field, and a bit of a rebel. He was in constant battle with the folks who ran the eye bank, claiming that one doctor was getting most of the eyes. He became frustrated with the length of time I was spending on the waiting list, so when he heard that a patient of his had been injured in a collision with a train, sat by the bedside and asked his widow, at about the time she became one, if he could have the eyes.

Corneal grafts had a much higher degree of urgency about them in those days. The hospital had no beds on the men’s ward, so another guy and I occupied a two-bed room on the women’s floor.  We had what was considered emergency surgery on the same day, and both had to spend a couple of days in bed. I was in no pain but sandbagged in place, for fear that any sudden movement might dislodge my new cornea. He had a terrific pain in the butt from hemorrhoid surgery. 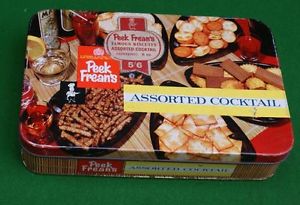 A friend from the newspaper came in on the first day we were both able to move about, and announced that he had brought me some grapes, but that unfortunately they had been crushed and had to be put in a bottle. My room-mate was a regional manager for the Peek Frean biscuit company, so provided the sweets to go with our red wine when we celebrated our successful surgeries.

I still remember the stern lecture from my doctor when I was discharged five days later. Stay off work for eight weeks. No running up or down stairs. No lifting heavy objects. No sex. Good grief.  Another difference between then and now was the amount of time the stitches stayed in. Mine came out after about three months, and another three months after that I was being fitted for a new contact lens.

My new eye quickly became my “good” eye as the right one deteriorated. It became so steep that when I turned to look back when reversing from a parking spot my lens would frequently pop out and end up among the litter in the rear of the car.

So in 1983, I had my second graft, this one done under a general anesthetic. It was a much different hospital experience. Into the hospital on the night of the surgery, a stay of only 36 hours, and discharged with no warning about stairs or sex. The stitches stayed in for a year, with lens fitting a few months later.

Both my grafts have served me well. The cornea in my left eye is now about 100 years old, and the graft is slowly failing, compounded by a cataract growing behind it. But I still have useful vision with a RGP lens, and we’ve decided that as long as that continues we’ll hold off on another transplant.

What I have learned about living with keratoconus is that it isn’t a sentence to a lesser life. In my case, it has been an occasional annoyance that has not stopped me from doing anything I really wanted to do. I worked in newspapers for 38 years and in related fields among my five retirements. I have travelled widely and continue to do so, walking the Queen Charlotte Track and swimming in the sea with dolphins in New Zealand, snorkeling on the Great Barrier Reef in Australia, driving across North America seven or eight times and generally enjoying life.

I do think every day of the two people whose shortened lives made my good life possible, and I’m also thankful for the advances in the medical science and the optical art that have made surgery and subsequent lens fitting much less traumatic. We are lucky to be living in a world where our condition can usually be effectively treated. 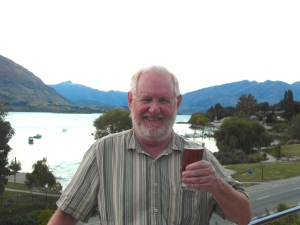 4 thoughts on “Keratoconus my story by Scott Honeyman, Canada”