Kevin Had Lived with Keratoconus  6-7 Years, and didn’t know anyone with the condition apart from the blogs he had read so he thought he would share his story… 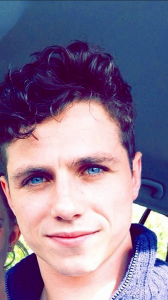 Summer 2009 and I’m just finishing St. Patrick’s Grammar School Armagh, sport and health fanatic, playing for my County team in an u-18 age group striving for All- Ireland glory, I had it all ahead of me. I passed my school exams, full of aspirations focusing on the university years ahead of me, feeling fit and healthy, felt like everything was going as planned, that was until I had my annual check up Oct/ Nov at my local opticians.

The right eye wasn’t quite right, I knew something was up, as a result I was sent to the Royal Hospital in Belfast for further checks, apparently I had a condition called keratoconus (whatever that was!) which would require, in time, glasses and maybe contact lens, so the young stubbornness/ naivety in me brushed it aside, I will be absolutely fine I kept telling myself, nothing is going to set me back…

YES, MY EYES REALLY ARE THIS COLOUR

Roll on a few years, I had finished my degree in business, wearing glasses for a good part of it before moving onto the RGP lenses for both of my eyes, I always had fairly blue eyes but now because of the contacts everyone thinks they are a fake colour, pity that, in a humorous way I’d curse the condition! 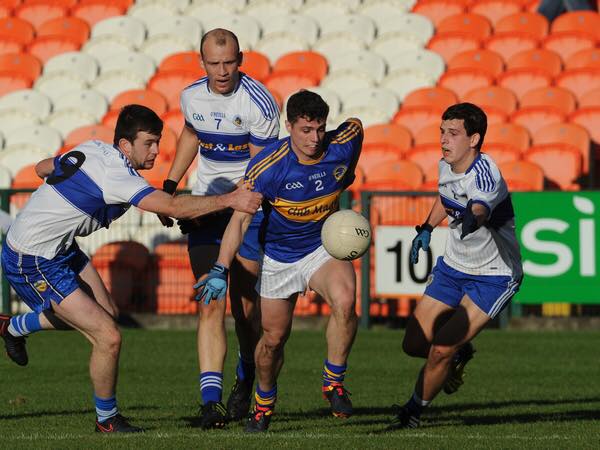 I was now working full time and still playing away at the Gaelic football for my club Maghery GFC, I was still happy but waking up in the morning without my lenses in I used to think ‘Jesus this is so frustrating, how is anyone supposed to start their day off on a positive note knowing they have a degenerative disease in their eyes’.

Then the night comes, eyes are pretty dry from the use of the lenses throughout the day, a lot of times its a pure relief jumping into bed letting the eyes breathe a bit before going to sleep.

By this stage I had a much more in- depth understanding of the condition, kept telling myself to wise up if I ever thought life was unfair, it was manageable and compared to some of the battles other people are fighting I’d consider this a small matter.

I went for the CXL cross linking surgery early in 2015, everything was normal for the majority of the year until I played my Championship football late Autumn, under the floodlights. Even with my lens in I was looking at 2 sets of goalposts other end of the field, you see the normal set then that ghostly distorted version, the high ball in the air as well I couldn’t judge the flight trajectory, the sad realisation had hit. It was a heart sinking moment for me sending out the message to the team that id be unable to play the 2016 season until I got something sorted, it was truly a low moment.

The following few weeks I would be walking around feeling and in no doubt looking disconsolate, what was I supposed to do if I couldn’t play the sport I’ve been playing since I was 8, I was completely lost…

‘Alright Kev, no point in sitting around feeling sorry for yourself, you now have 7 free evenings a week instead of 2, and your body is able for almost anything else’. Talk about always looking for the positives eh? ‘

I had always wanted to do something for a few charities close to home so I set myself a challenge of running a lap of Northern Ireland, long distance was never my forte, however getting home from work and not being able to go to my clubs training I’d set out on the roads on my own, ‘my god it clears the mind this long distance running malarky’, it really did help, completely cleared my mind on a daily basis. 2 weeks out from my big run I was called back to Belfast to try a new prescription for RGP lens, a set that turns out would allow me to play my footie again (what timing! ) however 6 months of running the roads and different people sponsoring me I wasn’t for letting them down. It brought me a new lease of life, completing the run and with the football team keeping the door open for me, I was now back in the squad competing for a championship title.

Our club had never obtained this trophy in their 110 year history, after it being a very strange 12 months previous didn’t we end up going out and winning all our games and being crowned the kingpins of Division 1 Armagh football, 2016 was definitely a rollercoaster year for me!

Where does this leave me then at the start of the 2017?

I’m still attending my checkups at the hospitals, I have noticed my left eye dwindling past 12 months which was expected, i’m due to receive the cross linking some stage this year for it. I do seem to be using more and more drops lately, the day in day out computer work I know has a negative effect, after work I try to get home for some down time with the lenses out before I put them back in and head for football. The positives are now that after my run and getting away for few trips, a running/ travelling bug has hit me, maybe when this seasons footie is over I can hit the two with the one stone!

I will hopefully add to the story in due course…hopefully my story gives younger sporting personalities a more positive outlook!