Skip to content
HomeKERATOCONUS – My story by Wendy pt 1

KERATOCONUS – My story by Wendy

Hi I am Wendy from Dunfermline, Fife. This is my keratoconus story. Well it was February 2003 and I had just started a new career with a bank in a customer service/training role and I was noticing more and more how I was struggling to read the computer.  I was 29 at that point and to be honest people had commented for years before that I needed glasses but I just ignored them.  I was three months into my new job and I just decided to go into an optician on the High Street one day when I was out shopping. 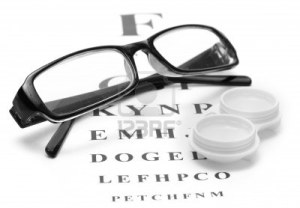 He suggested that he should write a letter to my GP and ask for me to be  referred to the hospital Ophthalmologist. I left a bit upset not really knowing what to think.  I was expecting to be getting a nice pair of glasses not some bombshell news!

Within three weeks I received a letter from my local hospital with an appointment to go to out-patients.  I firstly saw the nurse who did all the eye tests and then went in to see the Doctor and he had a look and almost straight away diagnosed me with ‘Keratoconus’ in both eyes.  He didn’t tell me much about the condition at all just the very basics. I had no idea what he was talking about. He said he would refer me to a specialist contact lens fitter who could help me with my vision.

A month later and I went for my first appointment for a hard lens (RGP) to be fitted.  I remember when he put them in for me it was like someone had turned the light on for the first time.  I had vision unlike I had ever had before, it was like HD.  I did like most people have to go back a few times to get adjustments made and this was all ok.  Unfortunately for me I just could not wear the lens for more than two hours a day as it was so uncomfortable.  In retrospect I gave up far too early with them and just struggled on with no aid at all.  I think if it had been now it would have been different as the different options for lenses have improved so much in the last ten years, plus the information that is available, especially online.

I just decided if I had managed all this time I would just continue with it.  I never asked work for any help or extra screen breaks etc. I really didn’t know that i could!

It’s now 2008 which is five years on from being diagnosed and my vision is so much worse and I have to admit I was struggling to cope.  I have little facial recognition and can’t read the very small print on screen at all.  Just as well I can’t drive a car or I would be very dangerous.  I decide to talk to my manager about getting adjustments made to my computer screen.  By chance I had been moved to a different department and a lady had Zoomtext on her computer so I asked her about it and how it worked and it sounded like what I needed.  They agreed to have this installed and also to give me extra breaks which was a god send.

2 thoughts on “KERATOCONUS – My story by Wendy pt 1”